Home | About CAIJ | Board of Directors

Manage CAIJ to guarantee the accessibility and quality of legal information

Just like CAIJ employees, the directors have our members’ interests at heart. Accessible, mobilized and attentive, they embody the collaborative values that allow CAIJ to effectively play its role as the essential resource for legal knowledge. Concerned about representing Quebec’s legal community and monitoring changes in the law, the CAIJ Board of Directors achieves gender parity and includes a wide array of skills and profiles insuring a diverse team. They are elected at a general meeting for a two-year term. Based on their profile, they are eligible for re-election for a maximum of two additional consecutive terms. Each member remains active until a successor is elected, barring exceptional circumstances. 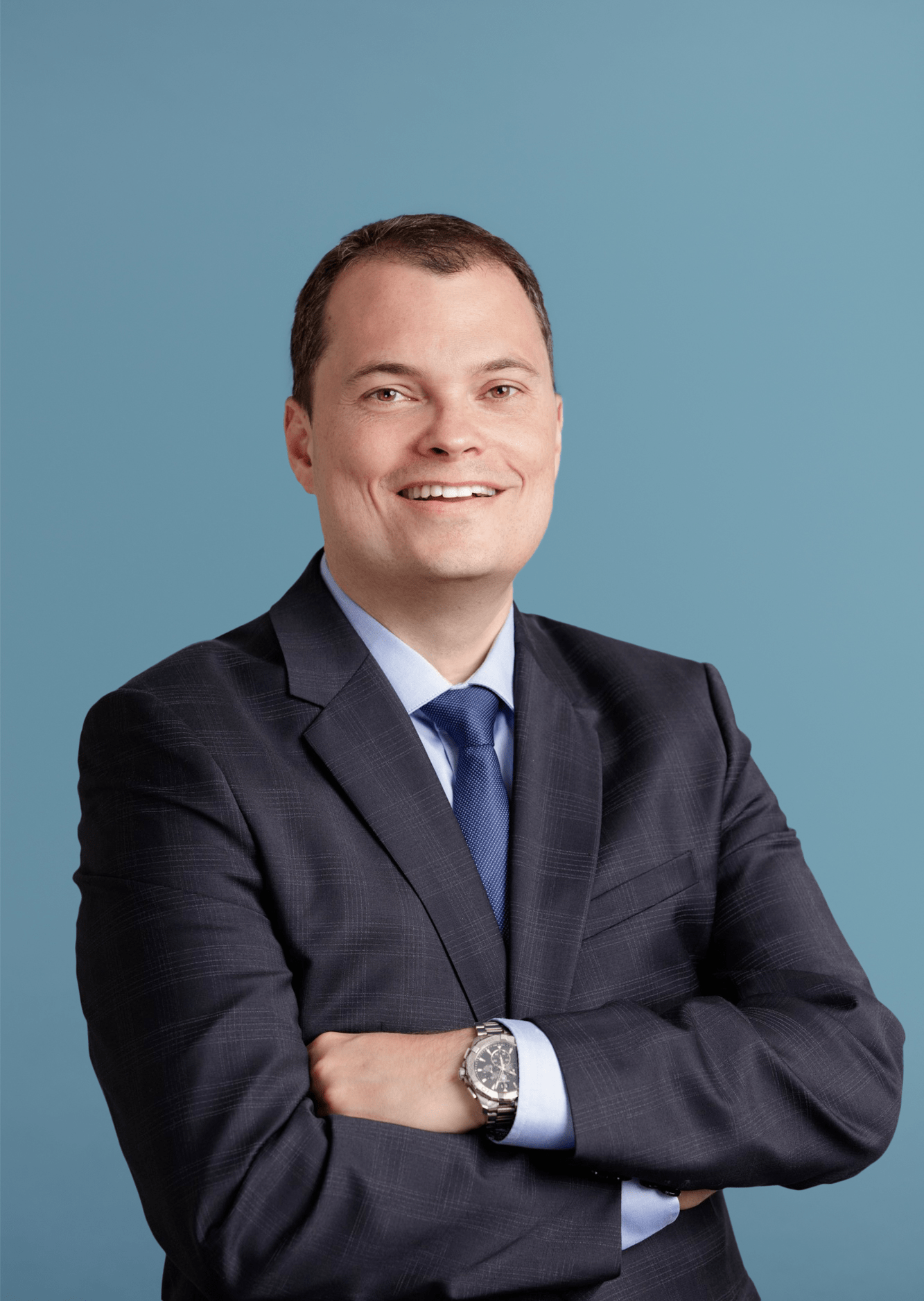 In June 2018, the Bar of Montreal appointed Mtre. Alain Ricard to serve as a member of the CAIJ’s Board of Directors. He has been Chair of the Board since November 2019.

Since October 2020, Mtre. Ricard has been a partner at Fasken, where he leads the firm’s Infrastructure and Transportation practice in the Québec region. He has also practised at a major law firm, where he was the Canadian leader of their Transportation team and head of the Business Law Group in their Montreal office. Mtre. Ricard also managed the Business Law Group in the firm’s Montreal office from the spring of 2014 to the fall of 2017.

Drawing on his expertise in commercial law and his management experience, Mtre. Ricard contributes to the CAIJ’s development efforts in a rapidly changing market. He obtained his Bachelor of Laws degree from Université de Montréal in 1999 and has been a member of the Barreau du Québec and the Canadian Bar Association since 2000. Since 1994, Mtre. Ricard has received a series of awards and distinctions. In 2015, he was named a “Rising Star” and recognized as one of Canada’s top lawyers under the age of 40 by Lexpert magazine. Each year since 2017, he has been designated an “Acritas Star,” or standout lawyer, a distinction based on interviews conducted by Acritas with senior in-house counsel in major organizations around the world. 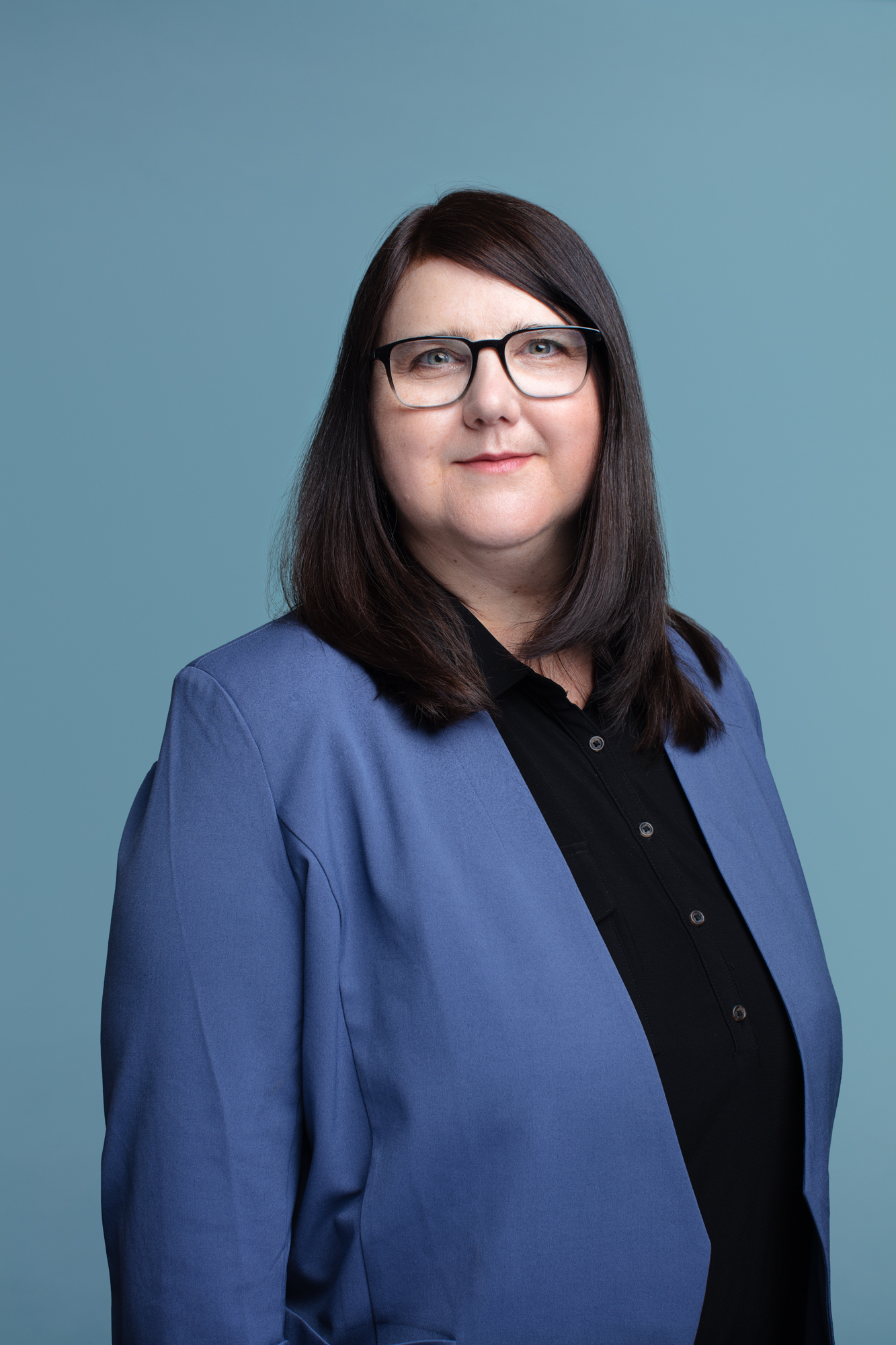 In June 2021, Mtre. Caroline Blache was appointed by the Association des avocats et avocats de province to serve as a director on the CAIJ’s Board of Directors.

Mtre. Blache studied at Université de Sherbrooke and has been a member of the Barreau du Québec since 1995.

She began her career practising civil, insurance and family law at the Laval legal firm Beauchamps, Beauvais, Goulet. In 1997, she worked at the Commission des services juridiques in Montreal, with its on-call telephone emergency legal aid service, and in 1999 she joined the Centre communautaire juridique Laurentides-Lanaudière.

Mtre. Blache has worked for the legal aid offices of Joliette and Terrebonne as a lawyer in civil, family and administrative law, and since 2012, she has been the organization’s Executive Director. She takes great pride in coordinating the legal activities of her centre’s nine legal aid offices, in collaboration with experienced professionals and employees, and administering the Act respecting legal aid and the provision of certain other legal services. She maintains close relationships and is in constant contact with various partners in the justice system in order to make justice ever more accessible and to protect citizens.

Mtre. Blache has been involved in her community for many years. She was a member of several issue tables on combatting poverty, and she makes presentations for several organizations in her region. She has been a member of the Board of Directors of Centraide Laurentides for several years, as well as sitting on the organization’s Governance Committee.

Since June 2022, Mtre. Blache has been a member of the Board of Directors of the Centre de justice de proximité Laval-Laurentides-Lanaudière. The CJP-LLL is notable among its peers for providing information services exclusively on separations and small claims. 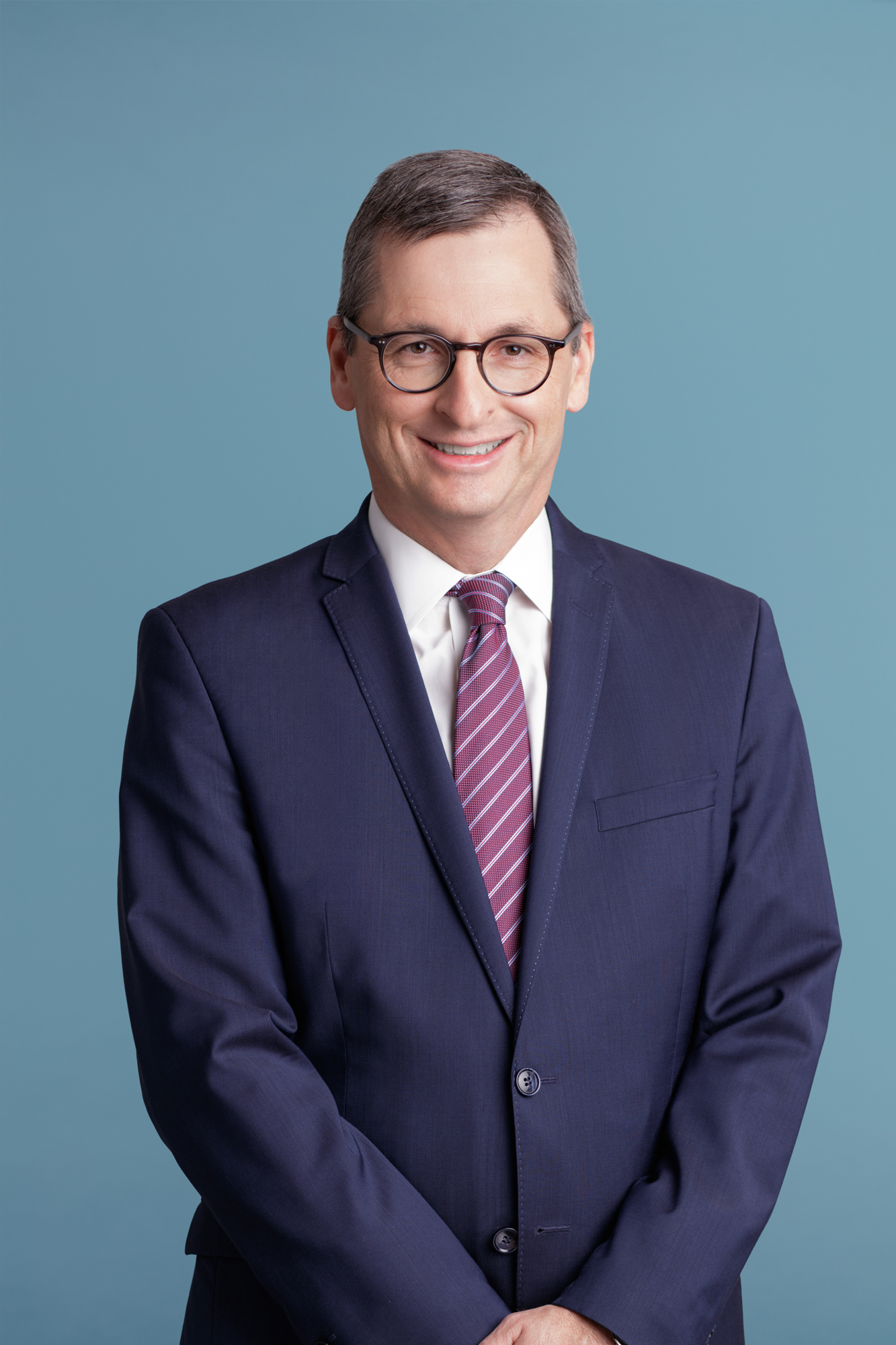 Mtre. Pierre Pilote is a director nominated by all the delegates, and has been on the CAIJ’s Board of Directors since June 2017. He was appointed Secretary-Treasurer in May 2020.

Mtre. Pilote is the managing partner of the Montreal office of Gowling WLG. He specializes in labour and employment law and acts as employer’s counsel, particularly in matters of labour relations, occupational health and safety, collective agreement decrees and individual employment contracts.

Mtre. Pilote is known as a strategic adviser and seasoned negotiator to private companies as well as to government and parapublic organizations. More recently, he served as spokesperson for the Quebec government in the negotiations that led to the adoption of the Act respecting the representation of certain home childcare providers and the negotiation process for their group agreements (Bill 51).

Mtre. Pilote received a Bachelor of Laws degree from Université de Montréal in 1987 and has been a member of the Barreau du Québec since 1988. He is also a member of the Canadian Bar Association. He has been listed with Best Lawyers in Canada every year since 2014. 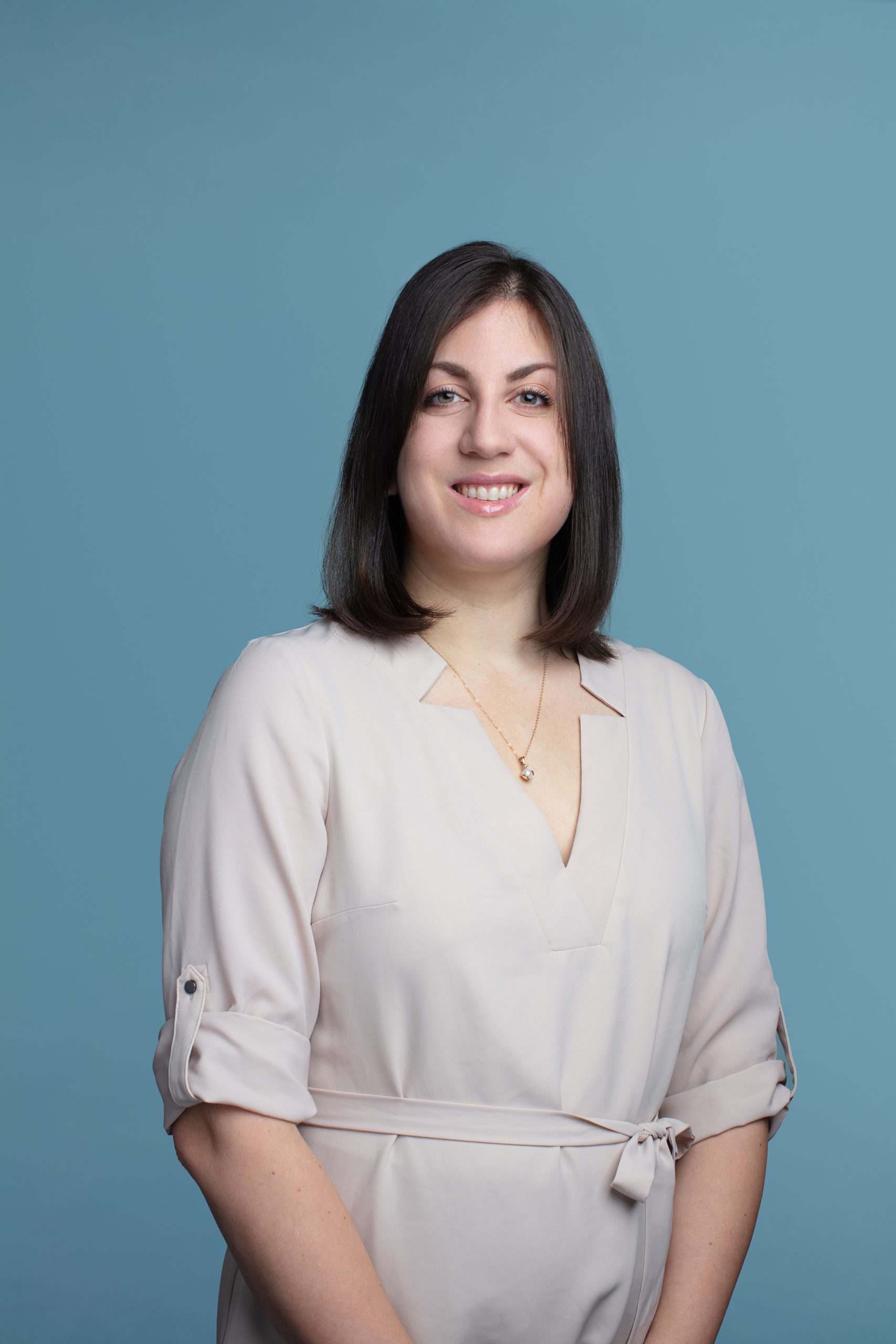 Mtre. Lauréanne Vaillant has been a director nominated by all delegates since June 2017. She served as Secretary-Treasurer of the Board of Directors and Vice-Chair in 2019-2020 and 2020-2021, respectively, as well as Chair of the CAIJ’s Audit and Risk Management Committee from May 2019 to May 2021. On the CAIJ’s Board of Directors, Mtre. Vaillant represents lawyers with less than 10 years of practice. She stays attuned to the needs of our younger members as well as the contributions made by technology to legal practice, so that the CAIJ can respond to these challenges. Mtre. Vaillant is Senior Manager, Financial Advisory – Forensic & Dispute Services at Deloitte Canada’s Montreal office. She is specialized in matters related to the fight against financial crime and also acts in matters of regulatory compliance and good governance. Mtre. Vaillant began her career as a lawyer with a firm specialized in criminal law and then joined a national firm, where she focused on white collar crime.

Mtre. Vaillant obtained a Bachelor of Laws degree from Université de Montréal in 2010 and has been a member of the Barreau du Québec since 2011. She is also a Certified Fraud Examiner (CFE) as well as a Certified Anti-Money Laundering Specialist (CAMS), and she completed a graduate degree in the fight against financial crime at Université de Sherbrooke. 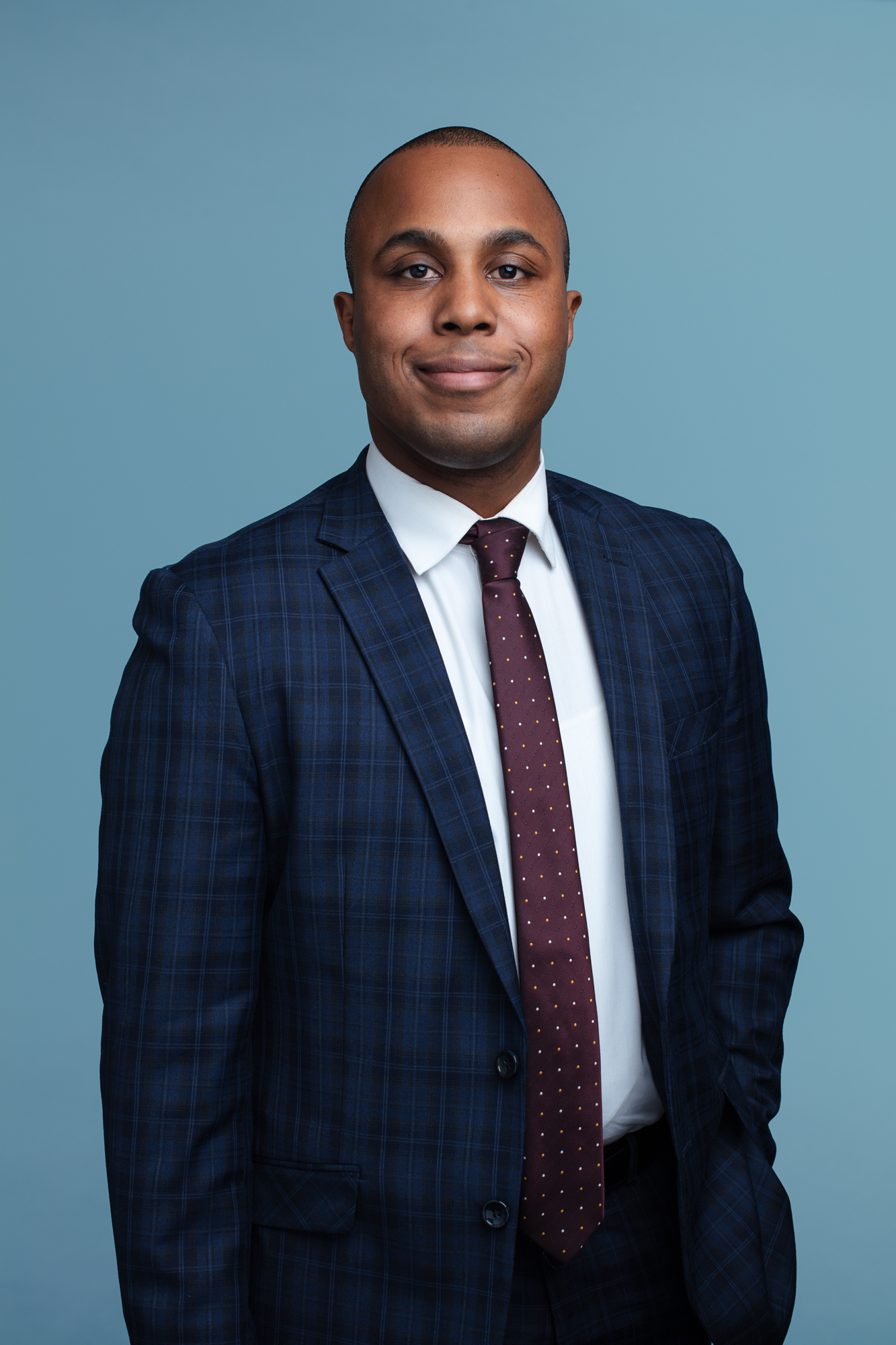 Mtre. Bien-Aimé is a partner at the firm Shadley Bien-Aimé and has served as a director on the CAIJ’s Board of Directors since 2021. He regularly represents individuals and businesses at all stages of the criminal, regulatory or other investigations they are facing. He also coordinates private investigations into allegations of wrongdoing, for internal purposes or with a view to eventually laying criminal charges with law enforcement authorities. 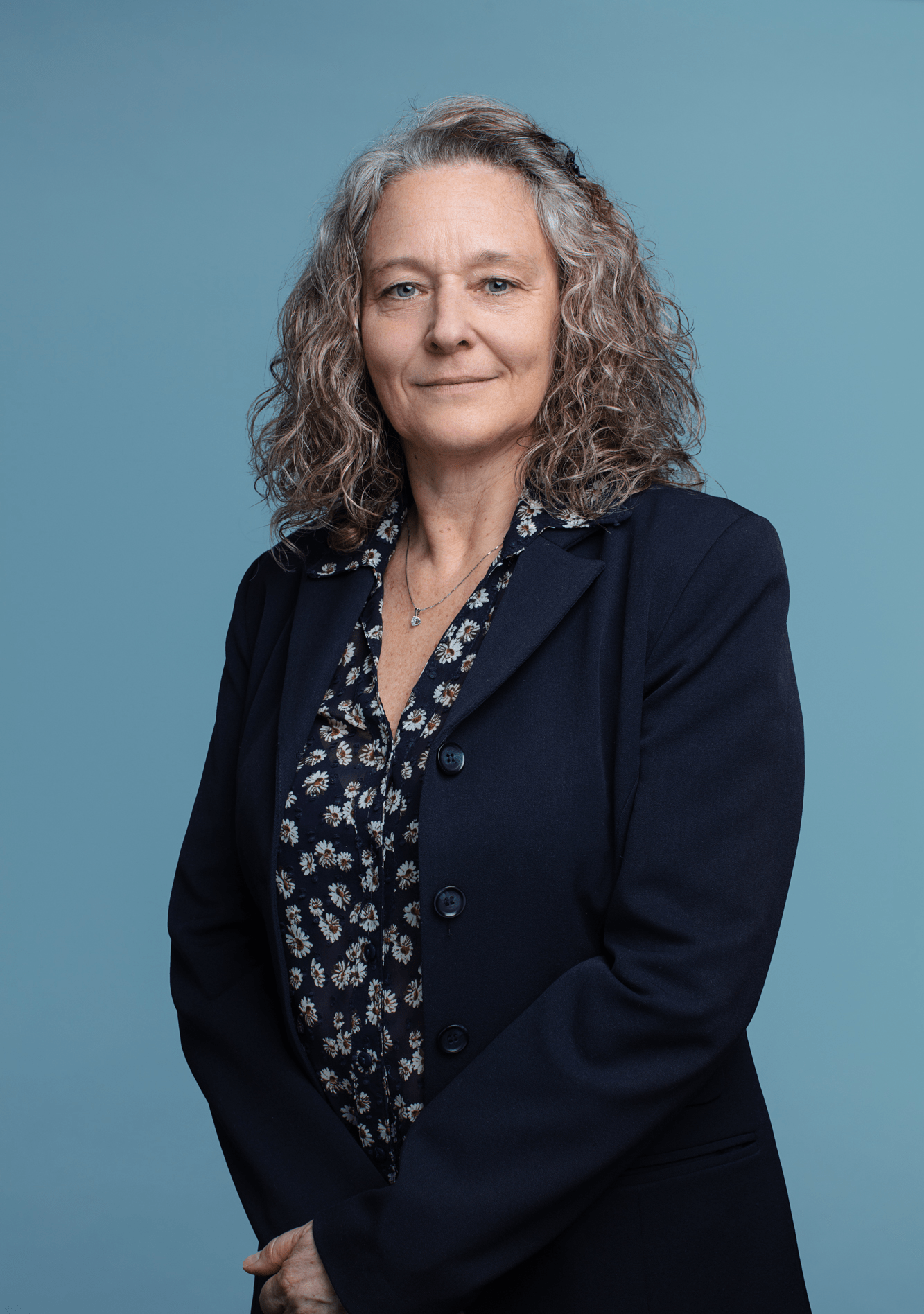 Mtre. Gina Blanchet has served as a director on the CAIJ’s Board of Directors since 2020. She has also been a member of its Liaison Committee (Québec section) since 2017 and the Committee’s Chair since 2019.

Mtre. Blanchet began her practice with the firm Morin, Lemieux Avocats in Montmagny in 1993 before becoming a partner at Avocates Blanchet, Gaudreault from 1994 to 2009. Since then, she has practiced law on her own (Gina Blanchet, Avocate Inc.) in Montmagny. Mtre. Blanchet has been a litigation attorney in family, youth protection and civil law since 1993. She has also been a prosecutor for the Cour municipale commune de la MRC de L’Islet since 1998. In addition, Mtre. Blanchet mediates in civil and family law, as she has been a mediator in the Small Claims Division since 1993 and a family mediator since 2017.

Mtre. Blanchet was a member of the Court of Quebec committee from 2014 to 2017 and of the Barreau’s committee on education and services to members from 2010 to 2013. Since 2014, she has been on the committee that verifies that no impediment exists in educational childcare services (no connection with the practice of law). Mtre. Blanchet was also a member of the Montmagny courthouse rehabilitation committee as part of the process that led to its renovation. She has been a member of the Association des familialistes de Québec (for practitioners of family law) for many years, and of the Association des procureurs de cours municipales du Québec since 1998. 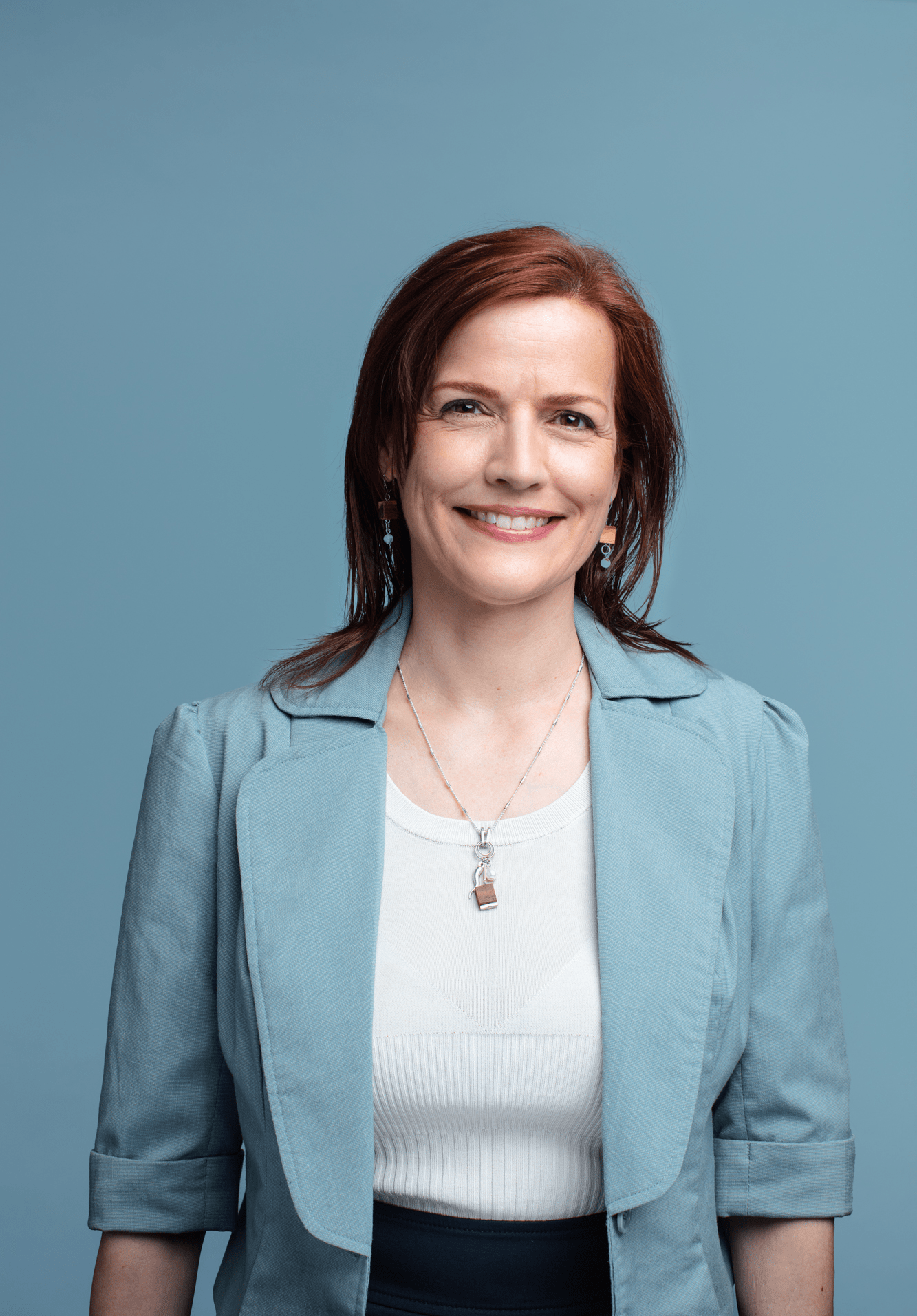 Ms. Anne Isabelle Roussy was appointed as a director on the CAIJ’s Board of Directors in June 2018 by the Bar of Montreal, the Barreau du Québec and the Association des Avocats et Avocates de Province. Ms. Roussy, Chief Marketing Officer at AYE3D Inc., draws on her extensive experience as a transformational leader, consultant and marketing manager specialized in digital technology definition, management and implementation. Her approach is engaging, collaborative and focused on solving problems.

The CAIJ is at the forefront of technological and other developments transforming the legal community. Ms. Roussy has 20 years of experience in highly competitive environments and is assisting the CAIJ in its transformation, particularly in terms of customer experience and digital strategies. This is in line with her work as a consultant to various clients and as a manager, notably for Fido (Microcell Solutions), where she set up the company’s first digital team, and for Cogeco, where she worked for seven years, advancing from the position of Web and Interactive Applications Director to that of Vice-President of Marketing and Product Development.

Ms. Roussy holds a Master’s degree in Marketing Management from HEC Montréal and a Bachelor’s degree in Graphic Design from UQÀM. She also attended the Cable Executive Management program at Harvard Business School. 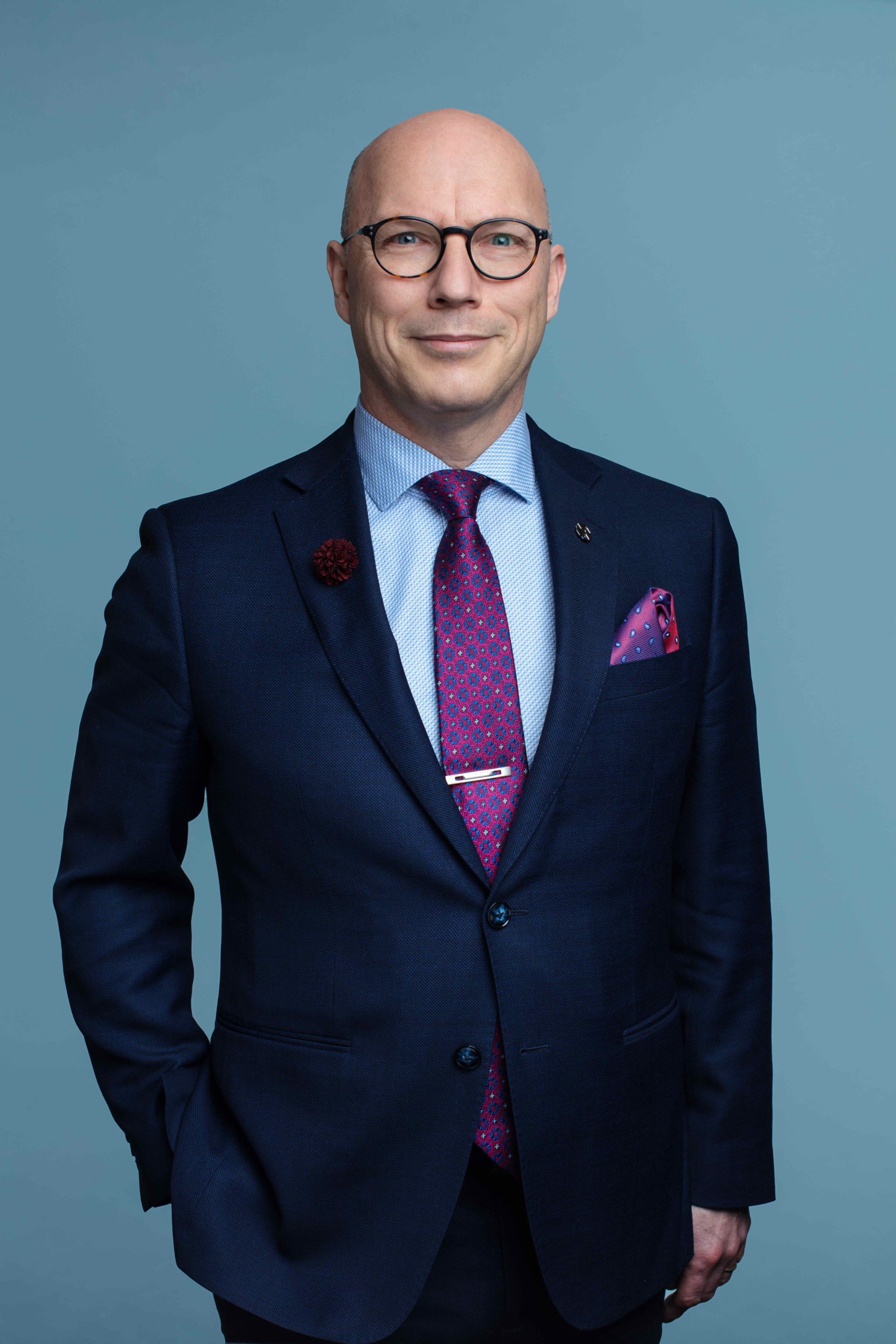 Mtre. Laurent Fréchette was appointed in October 2021 by the Chambre des notaires du Québec to serve as a guest member of the CAIJ’s Board of Directors.

Mtre. Fréchette is a Notary Emeritus. Since 2014, he has been authorized to hold the title of TEP as a member of the Society of Trust and Estate Practitioners (STEP). From 2001 to 2014, he also held the title of Financial Planner.

Mtre. Fréchette is an authority on the transfer of assets to vulnerable neurodivergent persons, and his practice is focused on trust law and will and tax planning for their families. He is regularly consulted by the notary community, financial stakeholders and the media about the Registered Disability Savings Plan (RDSP), the Social Solidarity Program and the Disability Tax Credit (DTC).

He has been a member of the Board of Directors of the Chambre des notaires du Québec since 2014 and is currently the chair of its committee for grants of financial assistance.

Mtre. Fréchette was a member of the group of experts appointed by the Ministère de la Santé to examine whether medical assistance in dying could be applied in the context of incapacity. This led to the tabling of Bill 38 to amend the Act respecting end-of-life care and other legislative provisions.

Mtre. Fréchette was invited to speak at the Joint Conference of the European Commission and HCCH on the Cross-border Protection of Vulnerable Adults, held at the European Parliament in December 2018.

For nine years, he was a lecturer in the graduate program in notarial law at Université de Sherbrooke.

Consultative conference of past presidents

CAIJ is the work of pioneers established in the legal community and recognized as leaders who advocated for a tool to ensure the accessibility and quality of legal information for everyone. Firmly committed to CAIJ, the past presidents are constantly improving access to justice and shaping the future of the legal practice through their participatory leadership.

Past Boards of Directors

Directors established in the legal community 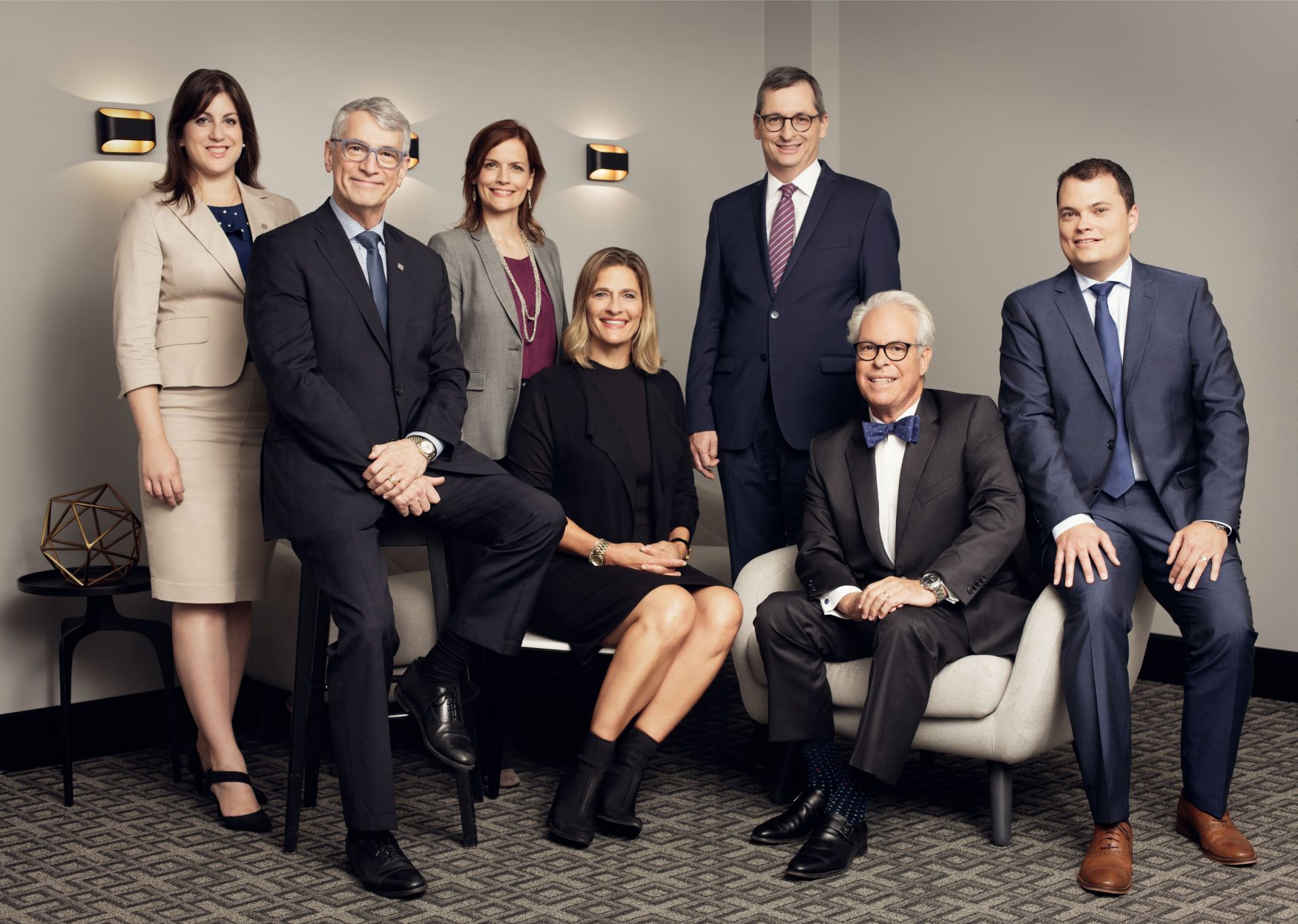 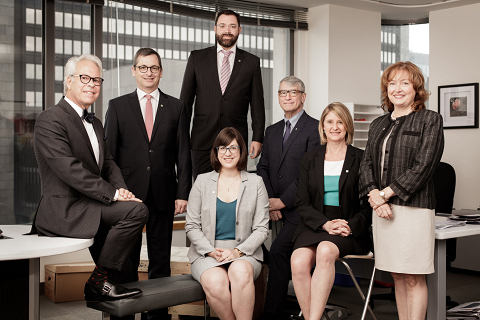 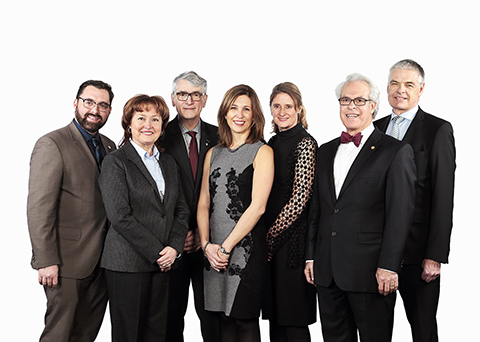 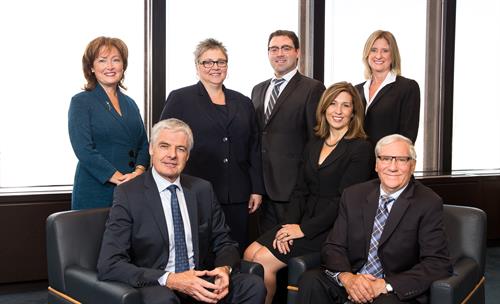 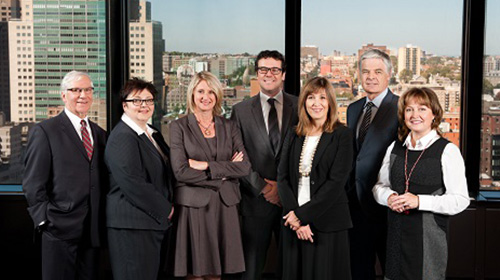 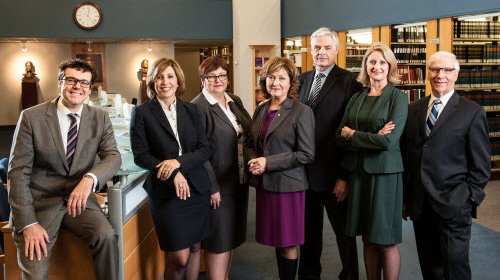 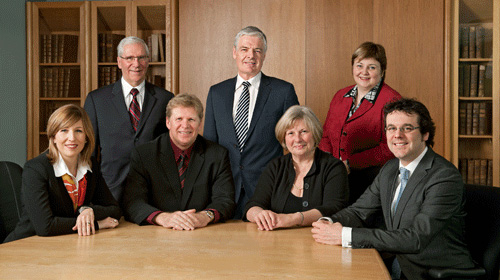 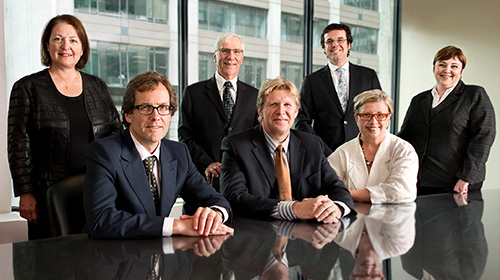 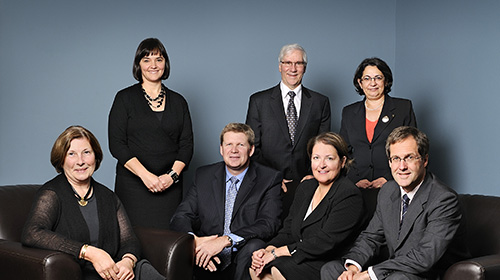 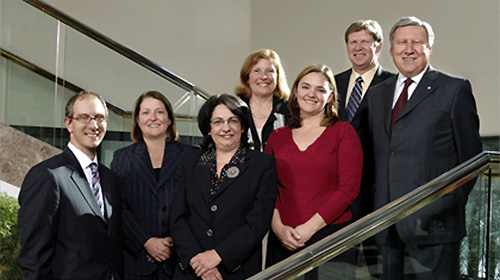 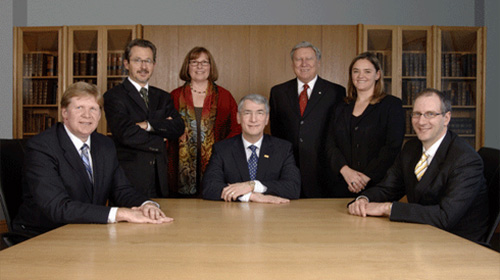 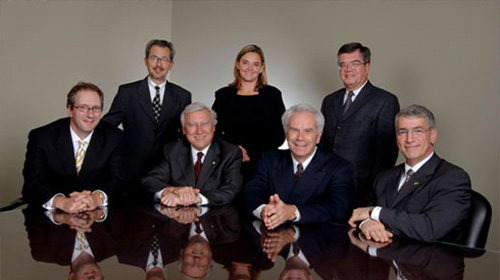 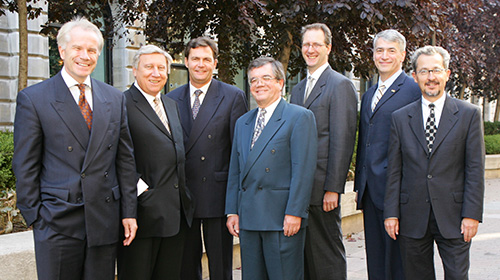 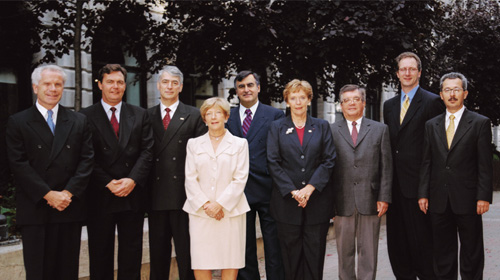 Ensuring the transparency and accountability of CAIJ