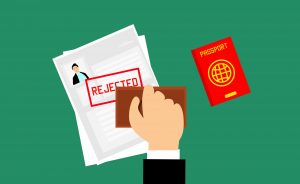 "I met Stéphane Handfield in an interview he gave me as a "very involved" citizen in his municipality. I was mayor at the time. I was very pleased with Stéphane's decision to run for municipal elections in 2013, because he was doing what few people dare to do: moving from denunciation to action. In our world that has become cynical, this is no small feat.

Stéphane Handfield became "Stéphane", and we haven't let up since. Stéphane's commitment to immigration and integration has never wavered. A simple viewing of the interview he gave to the American network CNN a few years ago during the "refugee crisis" at the Canada-U.S. border illustrates the reasons for his commitment and what instantly brought me closer to him.

Through this very accessible book of doctrine, Stéphane shows us the great workings of the administrative and legal maze of immigration, particularly in relation to the commission of offences. For being an immigrant in a host society also means being confronted with daily life, its harshness, and sometimes with behaviors that one could adopt oneself. However, the consequences are not the same. The legal protection and rights granted to non-citizens are not the same as those we are given. In a way, there is a world that few people know: that of being a de facto subcategory in the society in which we evolve. This is no small thing."

Check out the resource!

Explore other resources on the same topic:

The CAIJ will be present at the AQAAD 2022 Conference!
‍
‍