Behind the Project: The Story of the Old and Rare Books Project at CAIJ Montréal

Although the CAIJ is celebrating its 20th anniversary, it is the custodian of knowledge accrued over nearly two hundred years to the birth of the Bibliothèque des avocats of Québec City in 1811 and the Advocates’ Library, founded in Montreal in 1828 under the patronage of the Hon. James Reid – Chief Justice at the Court of King’s Bench.

A little bit of history

Since its beginnings in 2001, the CAIJ maintains and preserves the historical fonds of the library of each bar section. The old and rare books collection at the CAIJ speaks to rich and storied history from the 16th to the 20th century and comprising 30,652 volumes. It tells the story of the evolution of the practice of law in Quebec and in Canada through various types of works:

The project for the dissemination and preservation of the documentary heritage of the CAIJ aims to:

The Project: A Brief Overview

In the latest report of the evaluation of the old and rare books collection at CAIJ Montreal, our expert identified certain titles with significant historical value. Some of these works belonged to notable figures of importance to the history of Montreal and Quebec such as Jacques Viger, Louis-Joseph Papineau, and Louis-Hippolyte Lafontaine. Also of note are the printers of some of these works, including the King’s printer in Quebec – Pierre-Édouard Desbarats – and the first printer in Montreal – Fleury Mesplet.

Preservation of this documentary heritage required the restoration of some these works. So far, 17 volumes have been restored and 10 more volumes are either currently being restored or will be restored over the course of May 2021. All in all, the project will see the restoration of 27 old and rare books for the purposes of conservation. 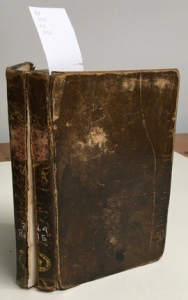 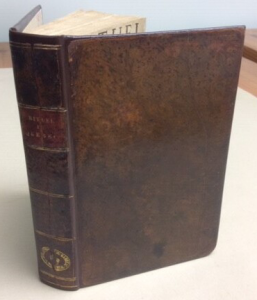 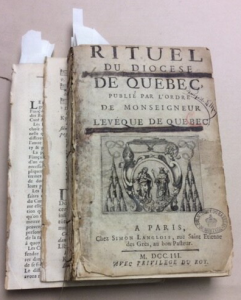 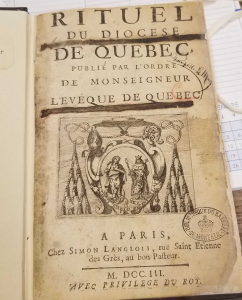 Before and After of the Restoration Work

Our partner is currently digitizing some of these incredible works for an upcoming virtual exhibit on works held by the CAIJ that impacted the evolution and the practice of law at both provincially, and federally.

This pilot project will provide online and remote access to rare books and documents – including the manuscripts of Chief Justice James Reid and the Recueil factice – a unique copy of four patriotic texts bound in 1839 for an unknown individual. 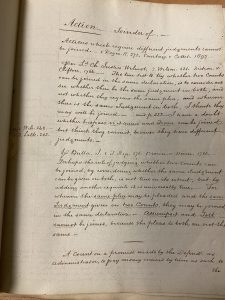 More details on these two gems of legal documentary heritage will be available in our upcoming virtual exhibit!

We will soon be beginning the cleaning and dusting of the old and rare books collection at the CAIJ Montreal. A specialized team is planned to be on-site throughout the month of June 2021 in order to carry out this task.

The “Clean, Restore, and Virtually Exhibit the CAIJ’s Collection of Old and Rare Books” is made possible by a $50,000 financial contribution from the Documentary Heritage Community Program (DHCP) at Library and Archives Canada (LAC).

Discover the new contents of the CAIJ for June 2022!
‍
‍

The summer schedule for the CAIJ chat service!
‍
‍